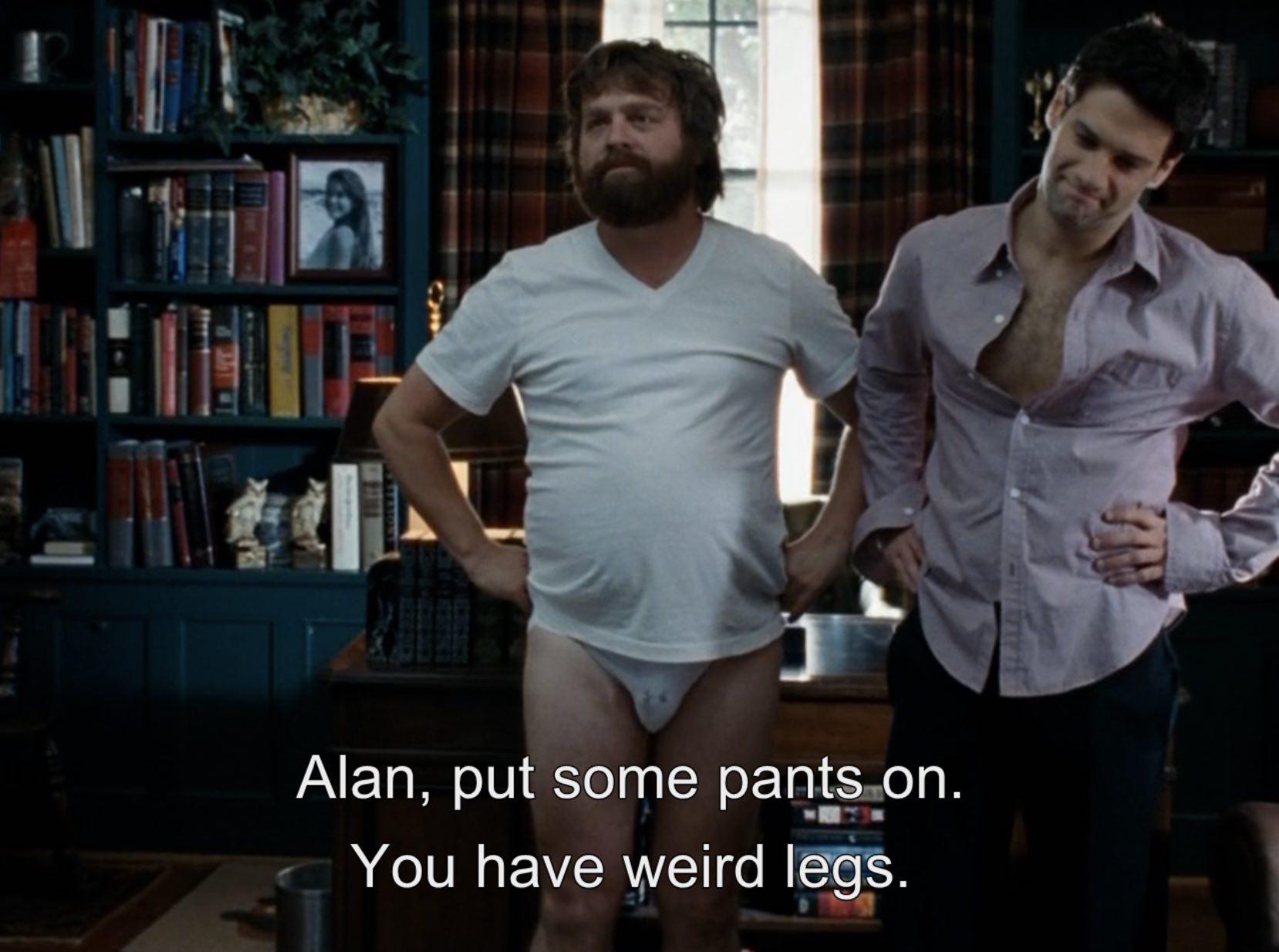 Jerry Seinfield has talked about how there’s something about certain jokes that for whatever reason get deep inside of you and you think about them all the time.

Lines from movies can be like that too. And there’s a line in the Hangover where Alan is asked to put some trousers on because his legs look “weird” and “freaky”.

And I must think about that line weekly. It really speaks to me. Because for me nearly all legs look weird somehow.

Especially mens legs. For example, how many men actually look good in shorts? A tiny amount can pull the look off. Even if they’re good looking chaps and have nice legs most of the time wearing shorts makes them look almost chickenlike. Shorts can even transform a cool person into someone totally uncool.

I notice this on screen too – yes, the-legs-are-weird phenomenon affects movie stars too. Because not only do legs look weird, but they often move weird too.

Have you ever experienced this: you spend half the movie watching a badass character from the waist up doing badass things. But then just for a moment or two you see a wide shot, properly showing them from the waist down for the first time, and the badass illusion is shattered. They somehow move with all the grace of an arthritic middle-aged man.

There’s plenty examples of this.

There’s the famous Steven Seagal running compilation (though in this particular instance it’s more his arms than his legs that make him look uncool).

And what about Scarlett Johansson running in the Avengers:

The most recent one I noticed was whilst watching True Detective. Matthew McConaughey has an intense conversation with Woody Harrelson where he comes across totally cool: 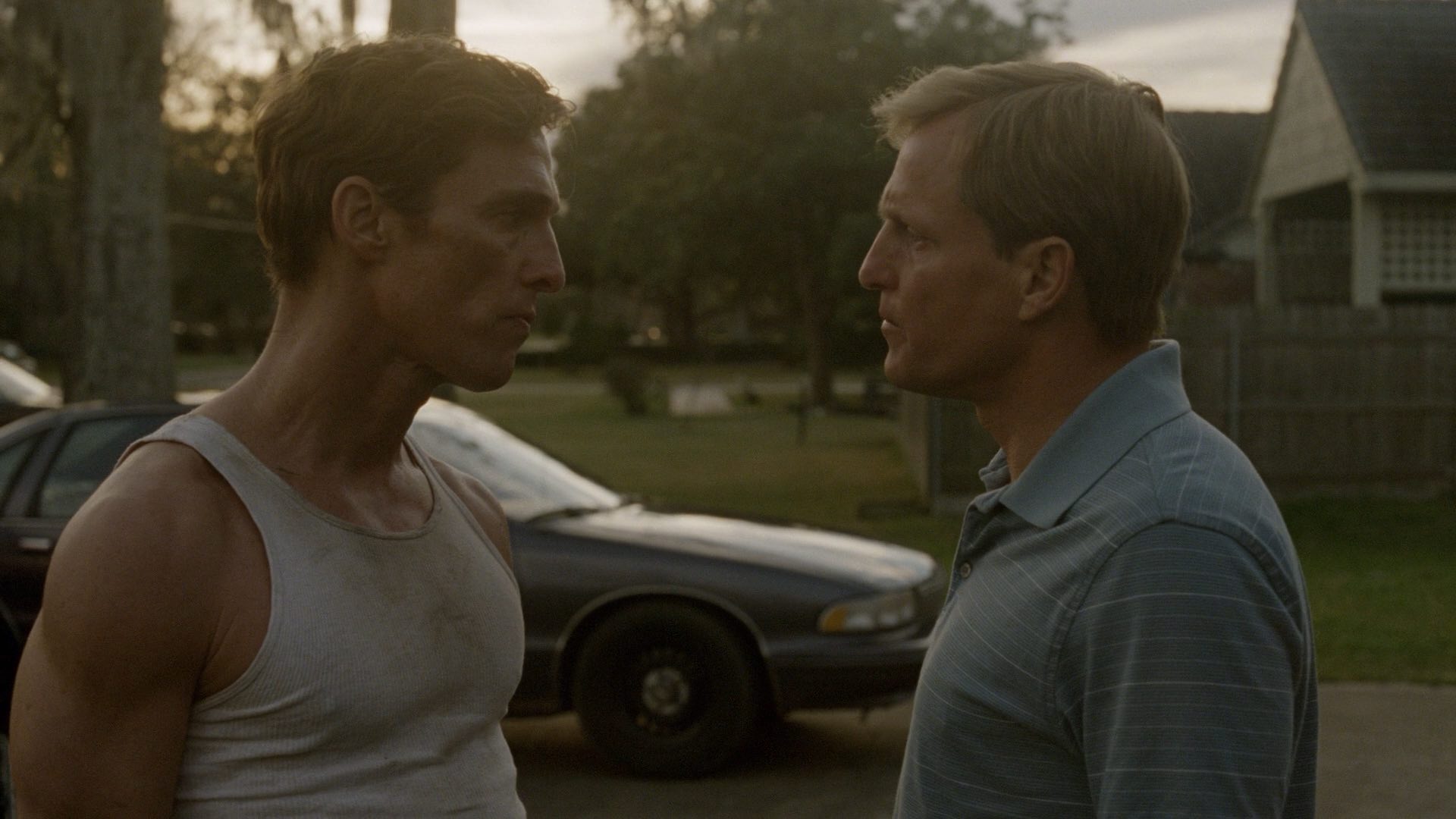 But then afterwards he rather awkwardly walks off:

For whatever reason legs do just look weird and it’s seemingly very tough to move them in a cool way. No wonder movie stars are actually trained how to run.