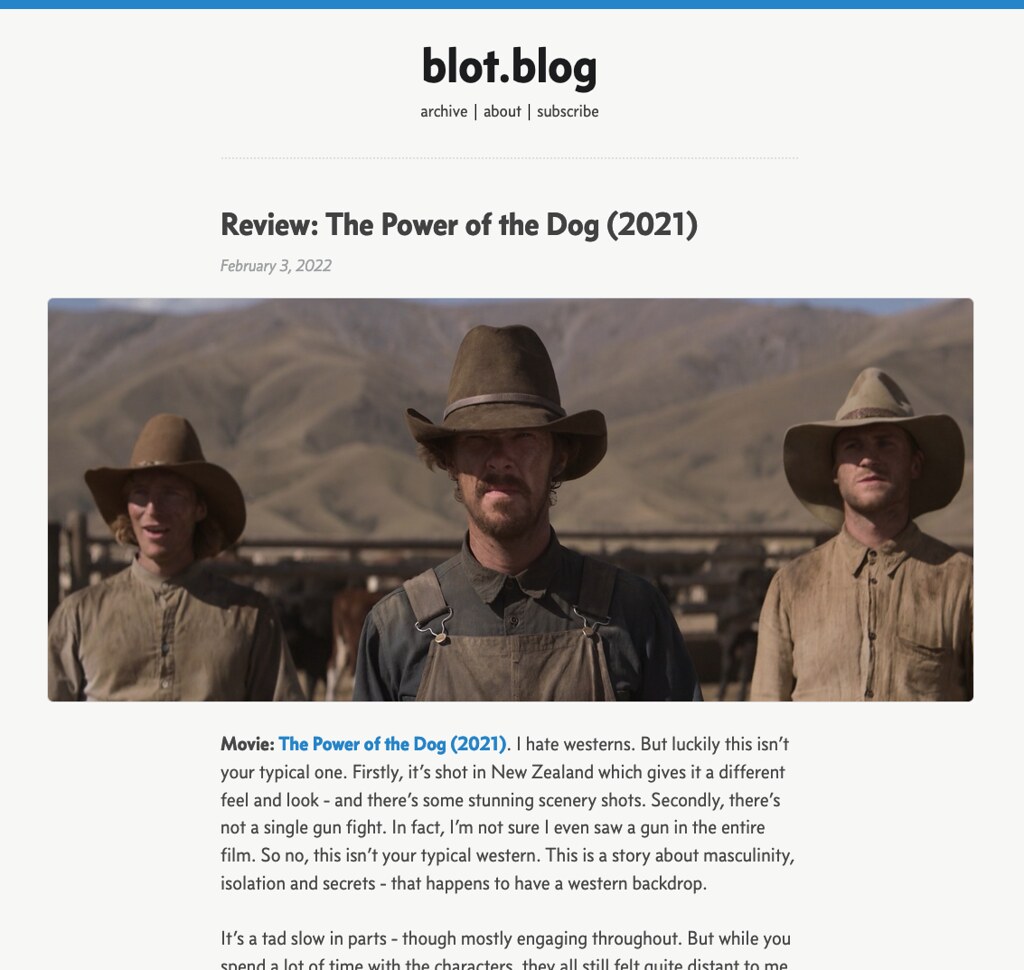 Well, after moving my tech blog to Hugo the other day I’ve now done the same here.

With blot.blog being a tumblelog/microblog type thing I wasn’t initially planning on the switch. Firstly as good Hugo is, there is just more friction when it comes to quick posting - for the most part.

Secondly, there’s just a lot more manual inputs needed. You have to create a text file for each post, enter metadata and attatching images in some ways is more cumbersome (especially if you need multiple sizes).

But the big reason I didn’t plan on switching to Hugo is that the home page of every single Hugo blog I’ve ever been on has only had the text preview/summary of each post and you have to click ‘read more…’ or something like that to see things like images and videos. It’s so rife that I just presumed it was a limitation of Hugo itself. But apparently not! You can set Hugo up to show the entirety of a post. So after I discovered that I thought maybe I could make the switch.

Publishing to the blog whilst on a phone is tough - maybe even impossible on a phone. And there might be some way of doing it, but I haven’t even bothered to look into it as it’s so rare for me to write away from my computer that it’s not a problem that will get in my way.

And as each Hugo post is just a text file actual, writing is nice and easy as compared to WordPress where you had to use their fairly ugly web interface. So whilst I can’t publish away from my computer, if want to write on my iPad or something I can just open up all my posts in my text editor of choice and away I go.

Overall though I’m pleased I switched. For now anyway.

I once ran my tech blog on Jekyll which was a bit of disaster. I mean it worked for a bit. But then I think I ran into issues with Ruby or something and I couldn’t even build blog locally. Hugo seems a bit less likely to break and far more simple in comparison.

The thing is though, will Hugo be around in a decade? Maybe. But WordPress certainly will. How it’s run seems sustainable and I think it’s so universal that it will exist in some form for many decades.

Okay, maybe I have made a mistake switching… :|