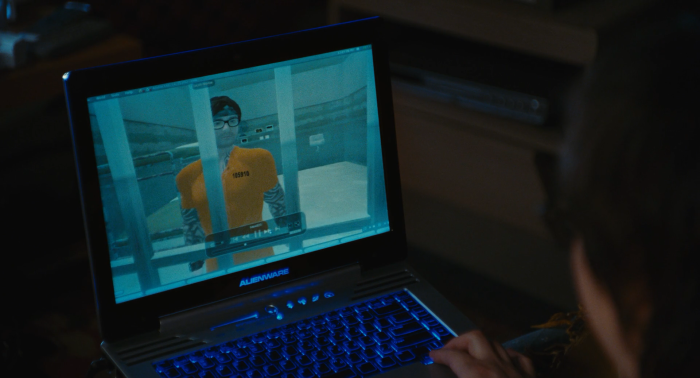 I’m watching Hot Tub Time Machine (2010). In it a character is playing Second Life. But of course he’s not actually playing it and the production crew are just playing a video capture of the game on the laptop (that’s how it works in the movies, folks). But it would be far easier to believe the character was actually playing the game if the production crew didn’t leave up the play/pause controls on the computer!

Side note: I feel like there was a period of a few years between maybe 2008-2012 when Alienware went really heavy on the product placement and their lit-up computers were in every film that needed a non-Mac laptop. But hey, maybe it worked, as I bought one when I was in the market for a Windows laptop - right after watching the Alienware-heavy Die Hard 4. It had a 12 inch god awful screen and was remarkably slow for a ‘gaming’ laptop. But hey, it looked cool and every part of it lit up red, so my silly younger self bought it.

Also, Hot Tub Time Machine is great, dumb fun. Worth a drunken watch for sure. 3.5/5